When chickens feel cooped up – pun fully intended – they get up to no good. They may peck at each other and start fights. So you may be thinking about relieving some stress and boredom by letting your chickens roam the yard.

The problem is that you’re not sure if your chickens will fly away and expose themselves to fast and furious drivers, the neighbor’s dog, or other predators. Besides, you’d rather not spend the whole Saturday afternoon chasing them back.

So, do you have to worry about your chickens flying away?

Calm Breeds Not Likely to Fly Away

The short answer is: it depends. Breed and size matters. Breeds with a calm temperament like Brahma, Cochin, Orpington, and Plymouth Rock tend not to fly. These breeds are also on the larger and heavier side. Generally speaking, larger and heavier chickens are less likely to fly, while lightweight chickens (such as bantams) love to fly because, well, they can.

Age may play a role too. Younger chickens who are full of curiosity may try to fly, but they usually “settle down” as they mature.

How to Stop Chickens From Flying Away

Regardless of breed, age, and size, there are a couple of things you can do as safeguards to keep your chickens from flying away. Because you can never be too safe! The first is to build a good fence (or two) and the second is to clip their wings. 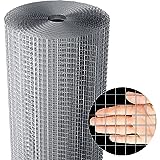 A second safeguard to prevent chickens from flying away is to clip their primary flight feathers with a pair of sharp shears. If you only let your chickens hang out in the covered run, then you won’t need to clip their wings. But if you let them roam the yard, and they look like they’re about to clear that 6-foot fence, then you can prevent that from happening by clipping their wings.

The point of wing clipping is to upset the chicken’s balance. When your chickens try to fly, they’ll realize it’s not working well, and that’ll discourage them from trying. That’s why you should only clip one wing, not both. 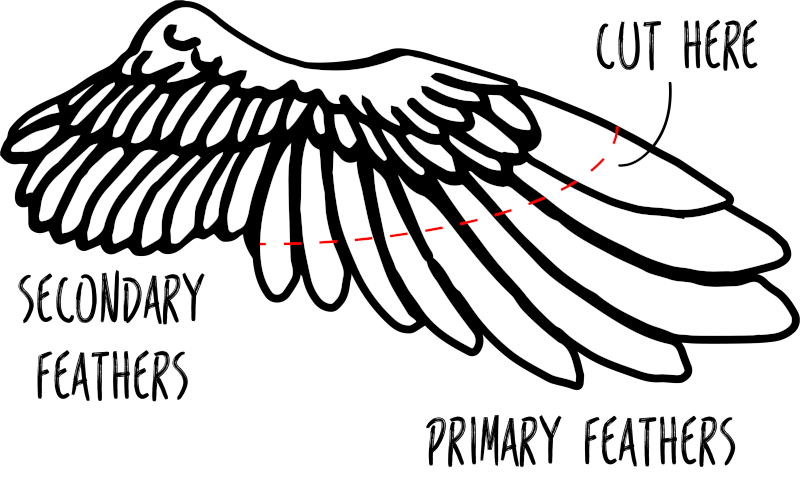 How High Can Chickens Fly with Clipped Wings?

Some chickens may go a couple of feet high, feel that something’s off, and then come back down. Other chickens may overcome balance problems and take off! But it’s quite unlikely that they’ll clear a 6-foot fence with clipped wings.

Does Wing Clipping Hurt the Chicken?

No, wing clipping doesn’t hurt the chickens. For your chickens, it’s like getting a haircut. Nonetheless, you may hear them squawk because they think you’re going to hurt them.

How Often Should You Clip the Wings?

Molting is when a chicken sheds their feathers and grows them back. Chickens molt once a year, usually in the fall. That means you’ll need to clip their wings once a year.

Why You Shouldn’t Clip the Wings

There are a couple of disadvantages with wing clipping. The first is that some people don’t like how it makes their chickens look. Since chickens tuck their feathers in most of the time, you won’t really see a difference. That said, you probably don’t want to clip the wings of a show bird.

The second disadvantage is that your chickens may have difficulty escaping predators. This could be an issue if they’re allowed to wander outside the coop and covered run.

Not every chicken wants to run away. Those with calm demeanors and who are heavier won’t even bother trying to fly. And if you want to make sure nobody escapes when allowed to roam, build a tall, secure fence and clip their wings.